Earlier this morning came the announcement from a proud and emotional Prince Daniel – Crown Princess Victoria has given birth to a baby girl – a new Swedish princess, and heir to the throne after her mother in the future. She was born o4.26 am today, 23rd of February 2012, she was 51 cm and weighed 3.280 grams (7.2 lb). 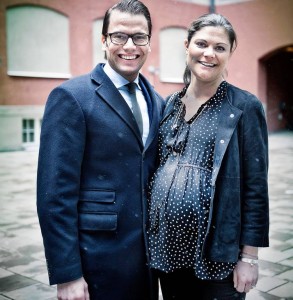 Mother and daughter are said to be doing well, and the prince has asked the media to respect their privacy at this moment. However, the Swedish media is of course already in full swing, Swedish television and radio are broadcasting live with historians, royalists and journalists discussing the significance and the impact of event, and it is said that media has been prepared for this day for several months with pre-prepared scripts, interviews, invited guests and features of Swedish royal births in the past. Undoubtedly, this will also be a day when republican Swedes will grab the opportunity to criticise the monarchy, and this will probably be debated in media to some extent. It is difficult to pinpoint exactly how many Swedes are against the monarchy, it is usually reported to be between 20-25%.

Currently, other aspects that are debated in media are speculations around the name (candidates being Alice, Alicia, Ulrika, Sophia, Astrid, Margareta, Désirée or Christina), and The Local reports on how the head of the agency responsible for paying out Sweden’s generous child and family benefits has apparently commented: “Försäkringskassan will pay out the first child allowance on March 20th”. In Sweden, the state pays parents 1,050 kronor (£100/$157) per child per month until the children turn 16. Even if you’re royalty!

Most Swedes will today follow the news with joy, and some may even celebrate with a glass of champagne (“skumpa”) and a traditional “princess cake” (prinsesstårta = sponge cake with cream and vanilla cream filling, sometimes also strawberry jam, covered by marzipan and with the classical marzipan rose on top). 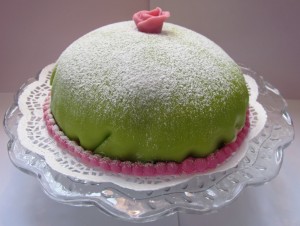 1 thought on “A new Swedish princess”