5 Reasons To Avoid Google Translate When Learning a Language

Ever used Google Translate? Technology and the Internet is great, right? There is so much information available by a simple click of a button. Google Translate is a tool that may at first seem helpful when learning a new language. However, there are some issues with using Google Translate as a tool in your language studies.

Here are the top 5 reasons for why you should avoid using it when learning a language.

1. Google Translate is a blunt tool

Translation from one language to another is not simply about translating word for word (‘direct translation’). You need to also translate according to grammatical, idiomatic and cultural patterns, which may mean that a sentence might look quite different in terms of the actual words, but mean the same thing. A quick look at direct translations of sayings illustrate this point. Or this:

Hjärtegryn is an endearing Swedish word (a bit like ‘sweetheart’), which does not quite translate as well into English…

Google translate is built on an algorithm that has access to a large amount of texts written in two languages, which allows for a basis on which to predict and make guesses. Translation is made sentence by sentence; the more text available, the better the predictions. The issue here is that a translation with 90% correct translation can still turn out as a result which is 100% wrong.

On top of this, there are many poorly translated texts now on the Internet (many of them have used Google Translate). This means that they are now in ‘the system’ and have become part of the basis from which Google Translate predicts, making the errors self-enhancing and re-occurring.

Learning a language is like going on a long journey: you’re planning for the whole trip, preparing for bad weather, and you need routines. Google Translate stops your progress even if you don’t notice at first. When you do, however, you might have to turn back and choose a different road.

2. You can’t trick anyone (at least not your teacher!)

A teacher’s job is to know their subject, but it’s also to know their student. They identify the student’s level, where they’re going, and how to help them reach the finishing line. While your teacher knows how intelligent you are, that perfect paragraph with no spelling errors is not your writing and hasn’t even been taught by your teacher yet.

To learn anything from the beginning is an uphill struggle against waning willpower and outside influences. Don’t let Google Translate be part of that negative influence. Use a real dictionary, if you must.

4. Learning from mistakes is essential learning

In learning, mistakes are the key ingredients to understanding what is correct. You don’t bake the perfect cake on your first try; maybe not even after your hundredth try. But each time you prepare the next batch of batter, you change something to avoid making the same mistake.

Google Translate doesn’t teach you the nuances of language. A particular sentence can be written in different ways, depending on context, and that is what your teacher will show. We all desire flawless work, but that has to be set aside while learning the language. 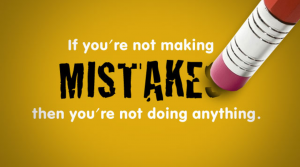 5. Your writing is your reward

The feeling of personal satisfaction is more than ample reward for all the sweating, flicking through pages, and trying to make sense of something you previously knew nothing about. The glint in a student’s eye when they are able to produce a paragraph in Swedish is priceless, and doubly so when it’s written independently. 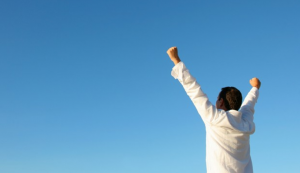 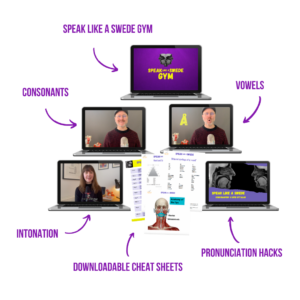 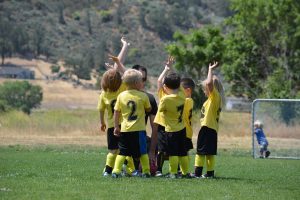