All Swedes speak English. Or…? 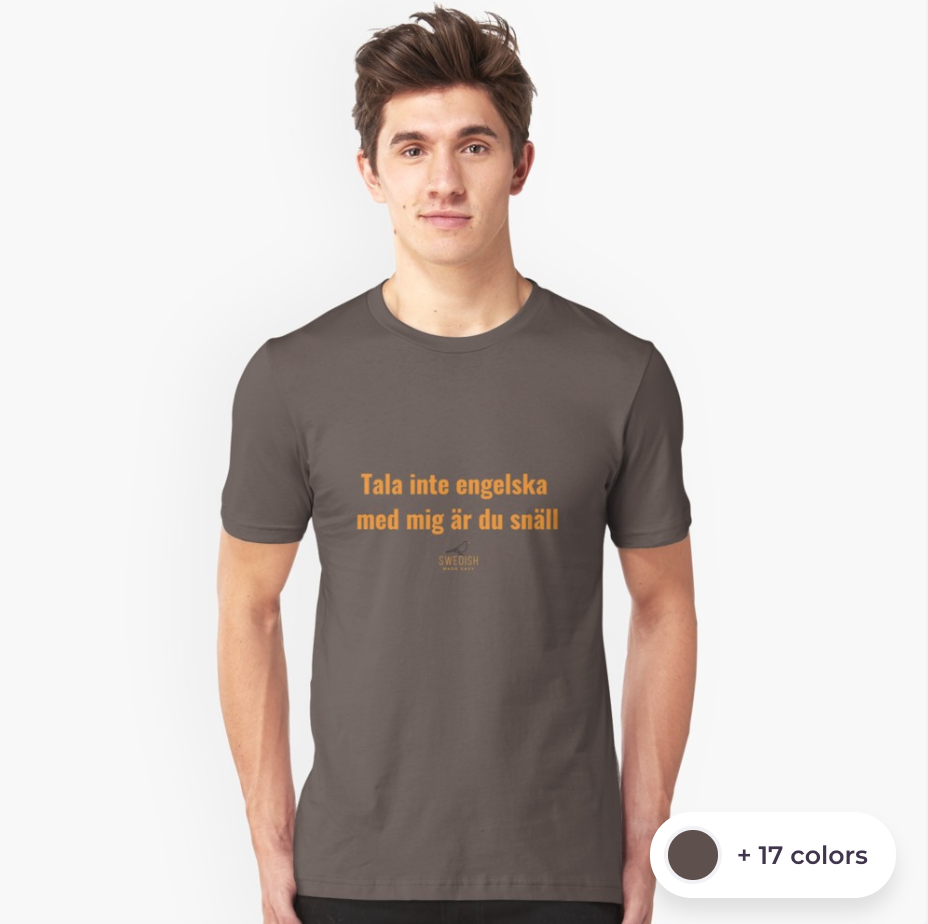 Do all people in Sweden speak English?

If so, what’s the point of learning Swedish? Can’t you just get on with English in Sweden?

This is a common misconception, that all Swedes speak English so there is no point in learning the language if you speak English. While it is true that many Swedes can speak English, most learned English at school and do not regularly practice speaking it.

This comment comes from a native English speaker, who now lives in Sweden (found in The Local’s forum):

I don’t know where people keep getting this idea that all Swedes speak English as a matter of course during their days. Any Swede under the age of 60 learnt English while they were in school. 90% of them have never used it again since the day they walked out of the school gates. Most Swedes CAN speak some English, if they need to. Do they all walk around town speaking English ? No. Oddly enough, Sweden’s medium of communication is Swedish.

Most Swedes can speak English

In general, most people in Sweden can speak some degree of English. Many, especially the younger generation, can speak it very well. In Sweden, children study English from an early age. And in Sweden, English-speaking films and TV have subtitles, so Swedes are often used to hearing English.

You can certainly get by in a larger city with English alone. You can ask for directions, buy things and order food.

But they are not always comfortable speaking English

Like the quote said above, our medium of communication in Sweden is Swedish. Not English. Even though many Swedes understand English to a degree, it doesn’t mean they are comfortable speaking English. They may not have the sufficient level for speaking on a detailed level. The older generation is less confident speaking English. And in smaller towns and villages, some people may not wish to speak any English at all.  They may also get tired after speaking English for a while. So ultimately, their preferred language is their native one. It’s also important to remember that some adult migrants in Sweden learnt Swedish as their second language (first language might be Arabic, Turkisk or Persian for example), so they may not have studied any English at all.

What you gain from speaking Swedish

Even though you can get by with English alone, you will exist on a surface level only. You will not be able to take part in social conversations at work/fika breaks to the same extent. If something happens in the news, you won’t be able to understand what’s going on (unless you find an English news article that has translated it). You won’t be able to take part in culture events. So what you gain from speaking Swedish in Sweden is a deeper connection with Swedes and their culture.

Ask people not to switch

Sometimes people feel that Swedes quickly switch to English when they hear you have an accent. This can feel demoralising for someone who is learning Swedish. Do they not understand me? Do they think my Swedish isn’t good enough? Did I say something wrong?

Most of the time, Swedes want to be helpful and facilitate the most effective communication possible. So they switch to English. But they may not realise that you actually need to practice. So you need to tell them. Tell them not to switch.

Here are some phrases you can use:

And if you get stuck, you can also always ask: “Hur säger man [insert English word/phrase] på svenska?”

Of course, you will have to assess if the situation is suitable for this. So if there’s a long queue behind you, then maybe not. But in general, dare to tell people what you need and what you want. When Swedes realise that you actually want to practice, most of them will be both patient and helpful.

And if you need a t-shirt, a mug, or a phone case to communicate this, click here. 🙂