This summer, we’ll run an interview series here on the Swedish Made Easy blog. We have interviewed some Swedish learners to find out what made them start learning Swedish, how they are getting on, and what tips and advice they have for other Swedish learners. First out is George. George is a civil servant. He’s originally from London but now lives in Essex. He’s currently revisiting verbs forms. 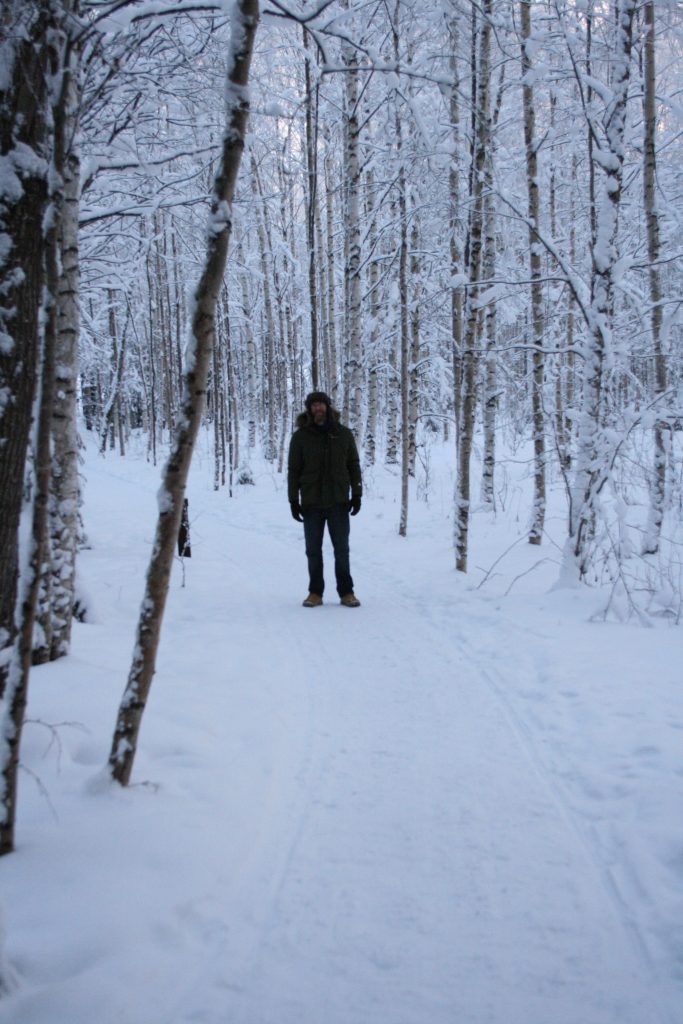 I’ve been interested in Swedish and Nordic culture for a long time, and learning Swedish has been an extension of that. I wish I could say I’m learning it because I work or study there, but I do it because it’s really fun. Although I would love to live and work there sometime in the future.

I visited Stockholm for the first time several years ago, and really fell for the place. That was the spark. Until that point, I’d never thought about learning a language. A week or so after that trip my library had a book sale, which included a 1997 Swedish language book called (rather optimistically) Swedish in 3 Months. It helped me learn some basics and build confidence, but there were quirks to the language I couldn’t get my head around. And self-study lacks the conversational aspect I wanted. By then I knew I needed expert tuition and found Swedish Made Easy online.

Not as much as I’d like. Besides my lessons, I mainly use it when I visit Sweden or other Scandinavian countries every year or so. The trouble is people tend to answer in English! But I try to spend some of the day speaking and thinking in Swedish.

Keeping all the plates spinning. There are so many things to remember – just as you’re learning something new, it’s easy to let other things slip. I’m constantly having to go back over verb forms.

Having a conversation with a guy who worked in the ticket office of a Stockholm metro station. He was Russian but spoke to me in English and I responded in Swedish. We got on great and he ended up giving me a ticket that someone had handed in!

Most introductory books are good for the basics. I also like the Rivstart books. Once you have a feel for sentence structure, I recommend Common Swedish Verbs by David Hensleigh. And of course a good Swedish/English dictionary.

I really like the SVT app for watching Swedish TV with subtitles. It’s good for picking up pronunciation, but also being able to read body language and non-verbal communication. So even though I don’t always understand everything, I can usually get the gist. My favourite is På spåret – a quiz show that uses lots of relatively simple questions and descriptions. Watching an interesting TV show doesn’t feel like study.

Talk, talk, talk. Even if it’s just to yourself.