If you need some extra motivational factors to keep your Swedish lessons going, then how about this one: a new study shows that studying a foreign language actually makes your brain grow. 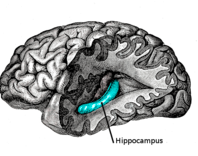 All in all, the researchers conclude that their research demonstrate that foreign language learning is a good way of keeping your brain active. This is also further confirmed by previous studies that have shown that bi- and multilingual people develop Alzheimers later than other groups.

Read more about the study here.